When considering I had to work this evening and the rain is apparently on its way too, at the stroke of midnight almost immediately after posting for the 5th I took a couple of shot in the wee hours but not what you might be expecting.

The first is a 30 second  wide angle shot of the telescope and the southern sky along with a light trail of headlight as I moved in and out of the frame as the camera was exposing. If you look closely you can see the Southern Cross and Pointers just above the tree line center right. At this stage after midnight the sky was illuminated by the rising moon off to the left out of the frame and some cloud cover (reflective). 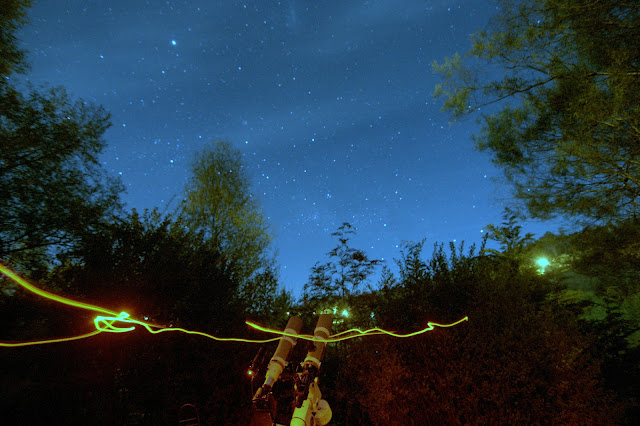 Finally as I parked the telescope which technically should be pointing straight at the south celestial pole ( the point at which the sky pivots) I wondered even though I had drift aligned my mount for accurate tracking of the sky whether or not it was completely aligned 100 percent accurately.   So I took a star trail shot hoping to see nice concentric cirlces radiating out from the center of the shot.  This is what I got. 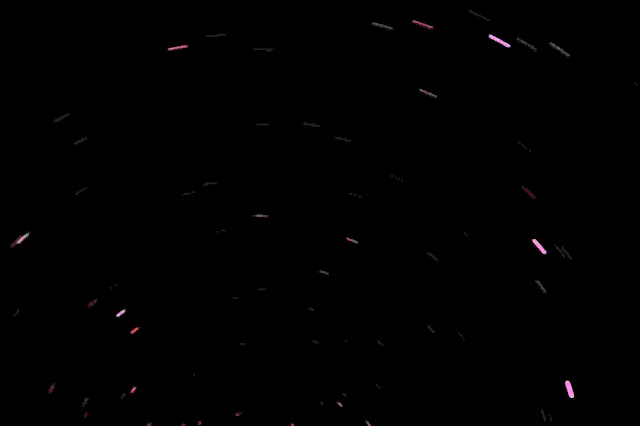 So next session I will be adjusting the mount and hopefully I will post some nice concentric star trail circles along with some more accurately tracked short exposures shots of some of the brighter deep sky objects.
If I get time I might start the trouble shoot the autoguiding. 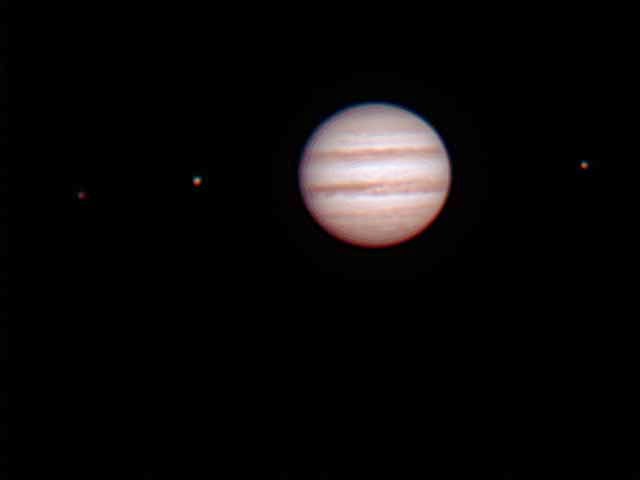 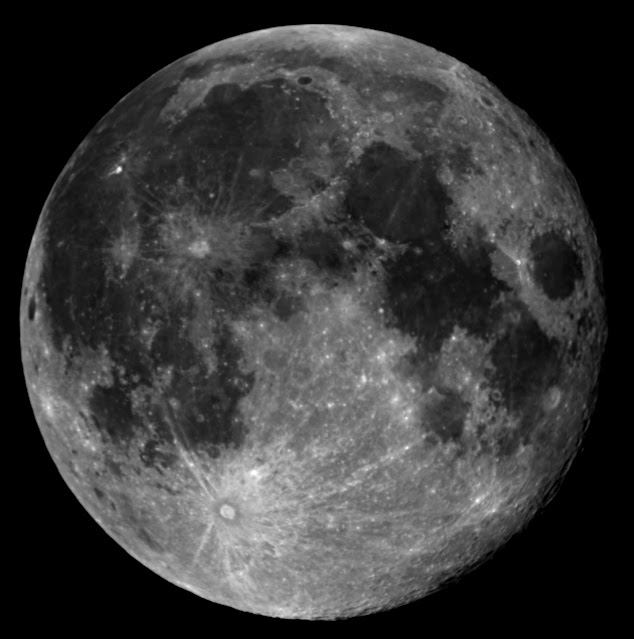